TINCTURE OR COLOR, METALS, AND FURS

French words still in use today and include Or (gold), argent (white), azure (blue), gules (red), sable (black), sinople (green), and purpure (purple). Please note that the original names are placed in parentheses for easy reference.

- While the color of black often depicts negativity, in heraldry the color black in a family crest means the virtue of constancy. Sable crests can also carry the connotation of grief or mourning for widows and widowers. It is also the color used for the religious shields of the clergy to avoid the perception of vanity.

- This color represents fire, nobleness, boldness, and virility. Originally only princes could wear it because it also represents cruelty and supposedly princes should be cruel to their enemies. Military prowess and greatness of spirit is also part of this ancient color meaning.

- This tincture can represent the sky as well as purity, justice, goodness, and sincerity. This color is often associated with loyalty. A blue field indicates that the family strongly honors any ties of loyalty to a leader or even to principles. By extension, blue in a family coat of arms represents truthfulness and honesty.

- Happiness, the color of nature and pleasure, youth, and health are symbolic of this color. Popular with the knights of old, the use of the color green in shields demonstrates the trait of loyalty in love. Green also carries the traditional meaning of hope, joy and renewal of this Roman Catholic liturgical color.

- Usually equated with red and its meanings, heraldic tradition also associates the color purple with nobility and wealth because the high cost of the rich dye that came from harvesting the ink of certain small snails. This made the color accessible to only the wealthiest. Through its use as the color of royalty, purpure, or purple, gained the additional meanings of justice and sovereignty.

- This color symbolizes generosity and elevation of the mind. It also indicates nobility and represents the sun. Long ago only princes could wear this color of gold.

- Symbolizing purity, justice, childhood, hope, and the moon, this color was used on shields and crests to enhance other colors as well. The clean color of silver, similar to white, also gives off a sense of peace and sincerity. 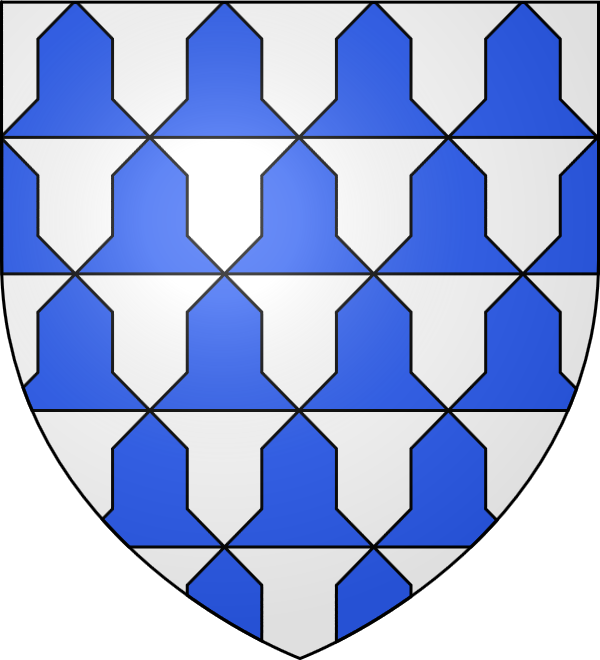 - The color of the skins of a kind of squirrel or weasel, bluish-gray on back and white underneath. The basic vair pattern on shields consists of rows of small bell-like shapes of alternating blue and white. 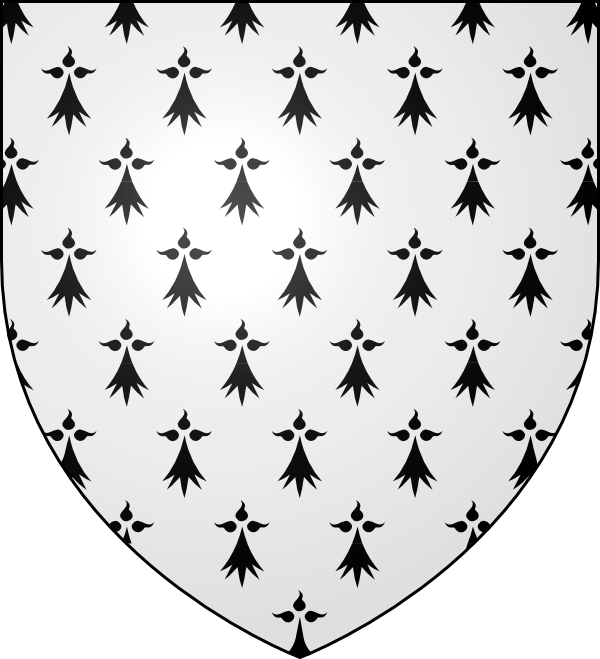 - This principal fur had to be imported to Western Europe and was the most expensive and again, only worn by royalty. The conventional representation of the tails (commonly called ermine spots) is part of the tincture itself, rather than a pattern of charges and is often used as a single charge.